Talk to us a little bit about how you ended up at Liferay going from the sole designer to a company that has a whole design team and resourcing and what that how you got there and what that adjustment was like. 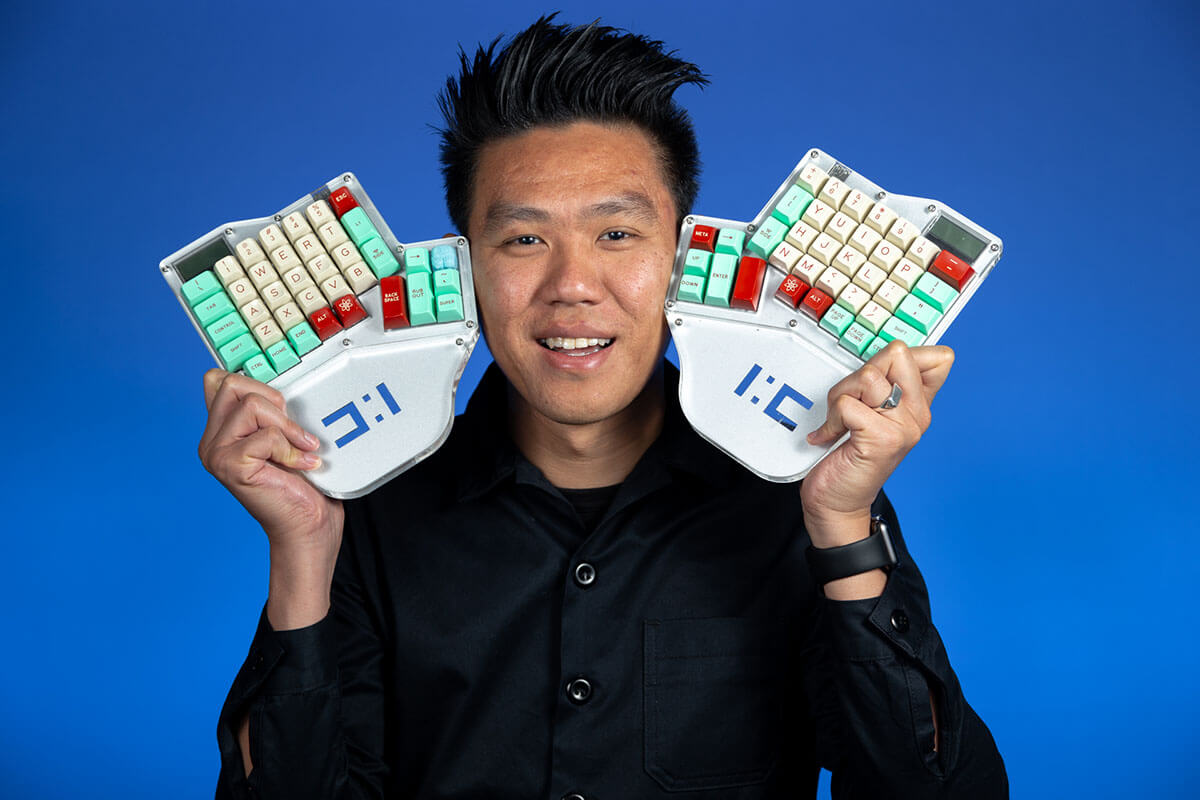 A lot of people never get to experience what it's like to be the only designer, and they kind of are just one cog in the whole system and know I think there's pros and cons to every experience that everyone wants to be a generalist and doing a little bit of everything like some people are just like, hey, I really want to specialize. And so I think that that's great. For me working alone for two and a half years and trying to get the type of feedback that I was looking for, specifically about how to improve on my designs, the decisions, I had a ton of feedback from my startup co-workers, my co-founder or my founders, my colleagues who are engineers. But it's just not the same because they don't go through the same thought process as you do. They don't understand the constraints that you were working with. They don't understand, the patterns that exist out there that you've already looked through and you tried them. And it just doesn't make sense or you've actually done user testing and you want to now consider what are some other patterns you can you can pursue. So I think it was just the lack of feedback and even collaboration that I, at that level was ready for. I think that after learning so much, I feel like I can, I knew that my ceiling was not around other designers that are more experienced than me or even better in areas like visual design that can push me even because they've been there before. And so that's where I was like, OK, that my next roleI need to find someone that is either way more senior and can directly mentor me. Or I can find a team where we're about all levels and we can help each other grow. And it had to be at least two other designers at the company and then myself. So I feel like, you know, there's some balance. It's not just like two peers that are just trying to push one another. So applying through Liferay, I actually have a friend that works there right now and she referred me, I'm very thankful, and that's where I was able to meet the design team through my interview process, and it was it was really cool because I was able to talk to each of them and, like, get to know them and ask the questions I really wanted to ask like, yeah, how what is mentorship look like? How often do you guys meet together to give each other feedback? Do you actually collaborate or is it just that like everyone has their own projects, stuff like that matters to me and I hope it matters to most designers. What does my day to day really look like.

I found that, hey, you know what, there's a team of think it was six or seven other designers waiting for this role to be filled and there were two managers and a director in our L.A. office and I'll be working under my current manager and yeah, I did some LinkedIn stalking. he actually is not that, active on social media, but like he is like a killer designer. And so I was very surprised when I when I actually start working next to him and I was just like blown away. And I was like, wow, this is just awesome. This is what I was looking for. I was looking for either a mentor or a team. And I got both. And I thought it was a huge blessing.

It's a great question. I actually conducted an interview today and so I was very fresh for me. Yeah. Knowing that I come from a nontraditional design background, I know that anyone, anyone can do it if they have gone through just that, that process of really learning the craft and trying to put themselves out there and not allow their past to kind of be a crutch. I think that everyone should understand that if you're in the design world, like. Unless you're like maybe like strictly a brand designer, like and you're applying for an agency like I feel like. The design world is very open minded as far as your background, and if anything, there's so much that you can add because that is a rich experience that you can take some of your experience and apply it, whether you were in marketing, whether you're, you know, working in support, whether you are working in health care, you know, like your own people. And you're open minded about seeing the problems around you. I'm absolutely always open minded.

My team is like that, schooling is great to get that training. But so much what we learn is really on the job. It really solidifies your abilities when you actually are faced with that real problem, and now it's go time, trying to see of how you're going to solve this problem.

I know the three of us are very curious around design hiring. You said that schooling is only one part of it. Right. But especially with candidates, a lot of projecting how people will do. What do you look for in a candidate, junior level candidate with a nontraditional background?

How do I how do we evaluate a designer? It's actually multiple things and we're actually establishing a rubric of how we want to do that. And it's not complete yet. But part of it is making sure that there's a level of skill and skill is reflected in work you've done in your portfolio. But also like are you able to do all the different disciplines, at least in our company, we don't separate. Hey, you're a UX designer versus a UI designer. We have product designers and then we have communication slash graphic designers. So if you're working as a product designer, like we want you to be t shaped and so like you need to have some breadth, but like. I think we all usually are stronger in one aspect, and that's perfectly fine, and I think that's that's desirable because then we can help each other grow in areas that we need to improve. So there's the skills, there's the actual work in your portfolio, like your past work. And so whether it's just like freelance projects or things that you've done just on your own, that's your work. Be proud of it, showcase it and absolutely, please read a key study like I have. Not taking it seriously or seriously because they just put mockups and I'm like, how do I know, like how you went about this or did you just copy someone like, I don't know, like you have to have a case study that's such a deal breaker for me.

And so there's the actual work. There's actual experience. So, again, I think that obviously, if you come from a nontraditional background, like you may not have the same type of experience, but can you in some ways like be able to say, hey, you know what, like I worked, I don't know, like it as an insurance agent? Right. Like it could be anything. Right. Like, I work in fast food. I work in retail like that. That's totally fine. There's no industry. There's no background that disqualify you. Right. So how can you kind of like leverage that so. Experience, actual work, so then we have a technical interview. We also have a role fit, so we know that across all of our different product design roles, they'll be working on a specific product or team and in roles maybe require more visual or maybe some require more of like research or user testing. And so knowing that there are certain nuances to that role, can they fit and live up to what the expectation of that job is? And then the team fit, of course, a personality and like just being able to, like, vibe with them. Like when we talk and the technical interview in itself, we do a whiteboard challenge. We've offered a take home before. I've done take homes myself. And I totally prefer the whiteboard challenge as one that's facilitating and doing just because I believe this my my own take. Right. But like my portfolio should showcase what I'm capable of. Right. You just need to understand exactly how I approached it. Life and you can read my case study for that, but it's not life. And so that's where the challenge, I believe, is effective. And you're not carrying that like the buttons too big or the input field is on the wrong side. Like that stuff, you know, is not the point of the challenge.

One thing that I wanted to follow up on, you mentioned the kind of T-shaped person, the ability to go broad, but have kind of like one particular area discipline that that you go deep in and really have like a comfort and competency with. You mentioned as a part of the hiring process, you're thinking about that kind of like that long line of the T where you go deep as like a place to fit designers like give it the business needs. And you also mentioned team fit. But it sounded to me like that team that was more about the kind of like behavioral communication side of things. How much of a team fit, if at all, is kind of like taken into consideration with kind of like complementary skill sets. Right. Going into one specific business unit for that need, you need a lot of research. But how important is like a research experience when it comes to kind of like, hey, we want to round out our team of designers as well? How proactive are you in kind of like balancing the team in terms of, like, comparative strengths and weaknesses?

Yeah, so I think there's some overlap there between role fit and team fit, role fit. I was mentioning like about the day to day job team that is now saying like, hey, you know, we have a lot of strong visual people, but maybe we need more research people, as you just mentioned. And I think that's totally legitimate because as designers, we want to learn, we want to grow. And if we can't necessarily, like, start like a research initiative in our department, in our team, on our own, because just we don't have the bandwidth to we don't have experience to like. Absolutely. The new hire for that opportunity. And like, I hope every team not just design. Right, is where team members are helping one another improve in the areas where they need to. And so do we hire that way specifically? I would say, Yes, but I don't think it's weighted that heavily, but it is taking consideration like, wow, this person is something that we've been looking for in this way. Yeah, it really kind of varies by but maybe like the season of what that team needs at that time. And yeah, I think that it is. It all comes down to value, right? Like, we're all trying to make sure that our users that we design for really value our teams that we work for, obviously value. And so is there a value there then? Then absolutely. Yeah, I think so. 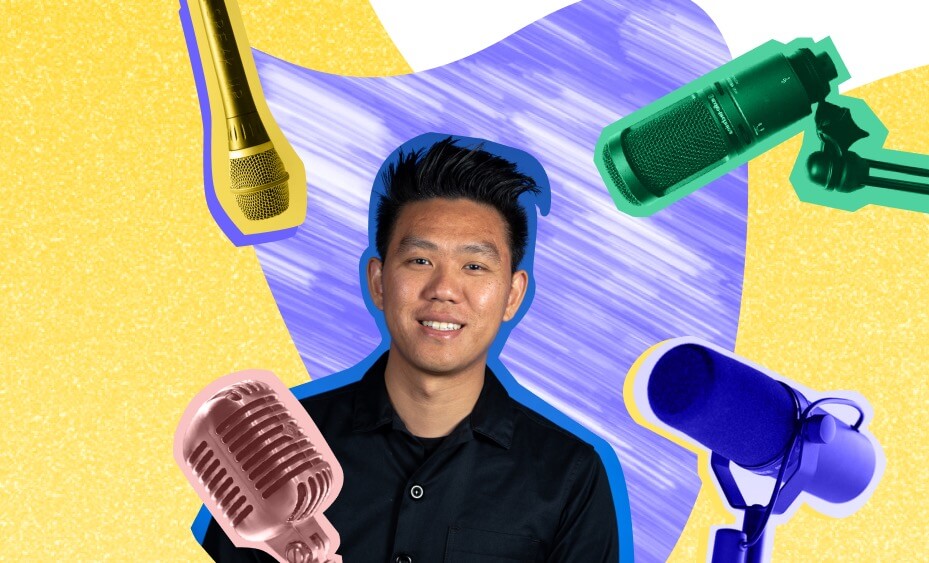 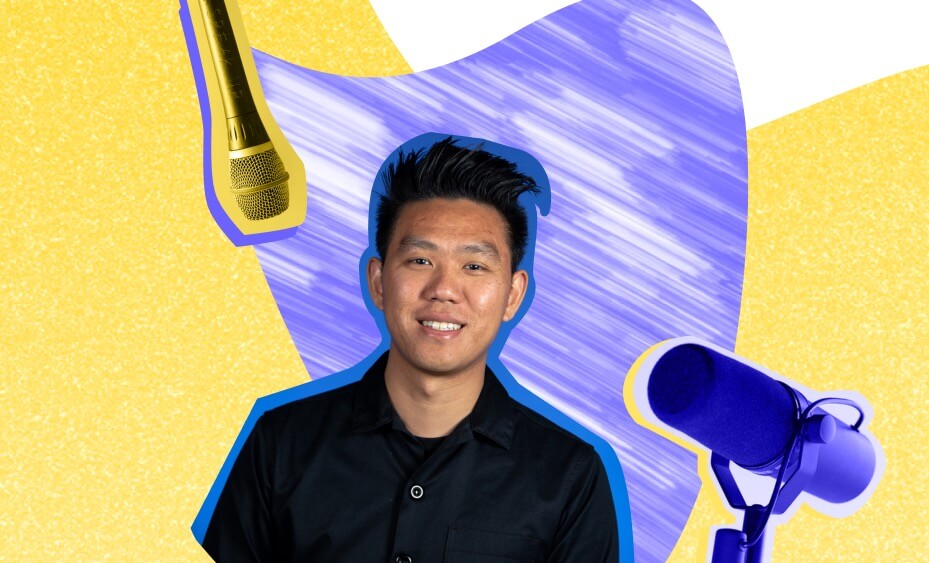 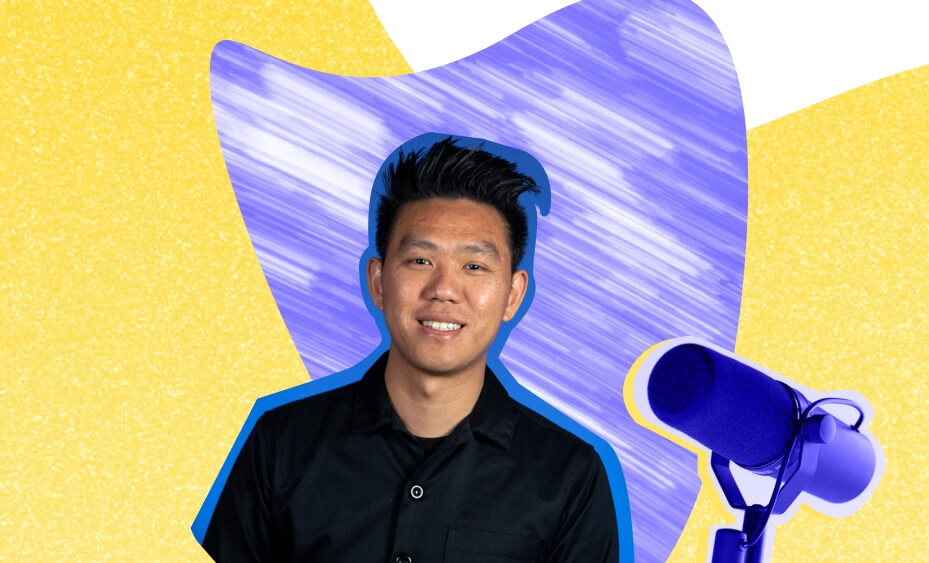